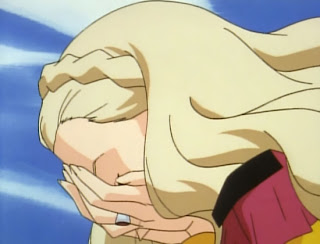 Well, the last few days have been both good and bad -- and I was starting to think that the bad? Was winning out. The thing is, basically, that I fell off the wagon on Sunday. I was planning on sticking mostly to the diet until next Monday and then going off it more completely -- i.e. by starting to make proper meals from all the books and recipes I've been marking over the last few months -- in Australia and beyond. However, I was making cupcakes on Sunday and everything kind of fell apart from there. I still thought I'd be able to keep a handle on it, but...apparently not.

The good thing, of course, is that I feel so much better, thought-process-wise. Not necessarily mentally or physically or emotionally, because I've eaten to the point where my stomach feels distended, I feel guilty as fuck about doing it, and emotionally I'm as much a wreck as I ever was, but the fact remains: I can work again. I can concentrate on my damn job, and on Monday I went to an online Japanese class for the first time in two and a half weeks and had a good time. I also went to a writing meeting tonight with a group I've been avoiding out of exhaustion, and last night? I started "reading" 「時の旅人 クレア」 again for also the first time in weeks...and I say "read" because it's a translation of an American novel for native speakers of Japanese and I can't read the half of it. It's just a good way to really familiarise myself with sentence structure and paragraph construction while recognising kanji in different contexts. The fact is that before I could barely get through a day at work, whereas now my brain has come back to life and I can actually think.

With that said, I've been wondering how straight I've been thinking because I've been stuffing my face for no discernible reason. Except maybe it's a famine response -- I just want everything. And it's worse than it was before, because even though I theoretically understand it's the end of the restrictive diet I seem to be terrified of going back on it. Even though by eating all this shit? I'm ensuring I'll need to go back on it. So, I've been terrified by my lack of self-control. Except...tonight, I decided I would do a couple songs on the Zumba tone and sculpt DVD. I ended up doing the whole hour programme, and then I danced to my favourite songs for half an hour more. I even dug out my old bellydance belts, tied them on, and shook my groove thang. And this...oh, I can't even begin to explain it. It was like a lightbulb went on, somewhere, and flooded everything with some kind of understanding. My body is so confused by everything I've put it through. It doesn't know how to react. But when I dance...when I dance, it feels right.

So, I guess the answer right now? Is whenever I want something to eat, I need to dance. I'm not hungry for food, I'm hungry for motion. I'm hungry for purpose. My brain is satisfied with the writing and the reading, but my body needs something now too. Eating was what it used to get, but what it really wants? Is something to do. Which is why tomorrow, after work and before class, I will go for a walk. Then I'll have class, then I'll have dinner. It will be later than normal, but my stomach is all out of joint right now from the excess of calories I've given it the last two days. It will cope. Tomorrow...is a more sensible day. Omelette for breakfast, crackers for morning snack, wrap for lunch, apple for afternoon snack, then prawns and salad for dinner with a piece of fruit for dessert. No more, no less.

And if my body tells me it wants food, I'll just dance. Because in the end, this is what I got this body for...movement. I can dance upon the air. This is what I wanted. I just didn't realise it until now.
Posted by Claire at 11:50 PM 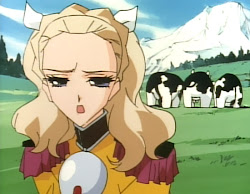 One of the goals of this diet is to lose enough weight to cosplay Nanami Kiryuu, a supporting character of the Japanese anime "Shoujo Kakumei Utena." Yes, in one episode she turns into a cow. This is but ONE reason why I latched onto her as a character...

All pictures of Nanami are courtesy of the gallery at Empty Movement, lovingly created and maintained by my beloved Gio and Yasha. FOR THE REVOLUTION OF THE WORLD! AND MY WAISTLINE!

This is a blood chemistry diet that was designed for me based upon my own individual blood test results, and therefore is unlikely to prove useful or healthy to anyone BUT me. Therefore I do not plan to share recipes or diet details on this blog. However, I am on a lonely drive down the highway to health, and am willing to pick up hitchhikers on my way. It's just BYO diet!